Apply for Admission
Explore CSI
The Total Lunar Eclipse of Sunday, May 15<sup>th</sup>, 2022

The moon will rise during the first partial phase, followed by a fairly deep total eclipse. 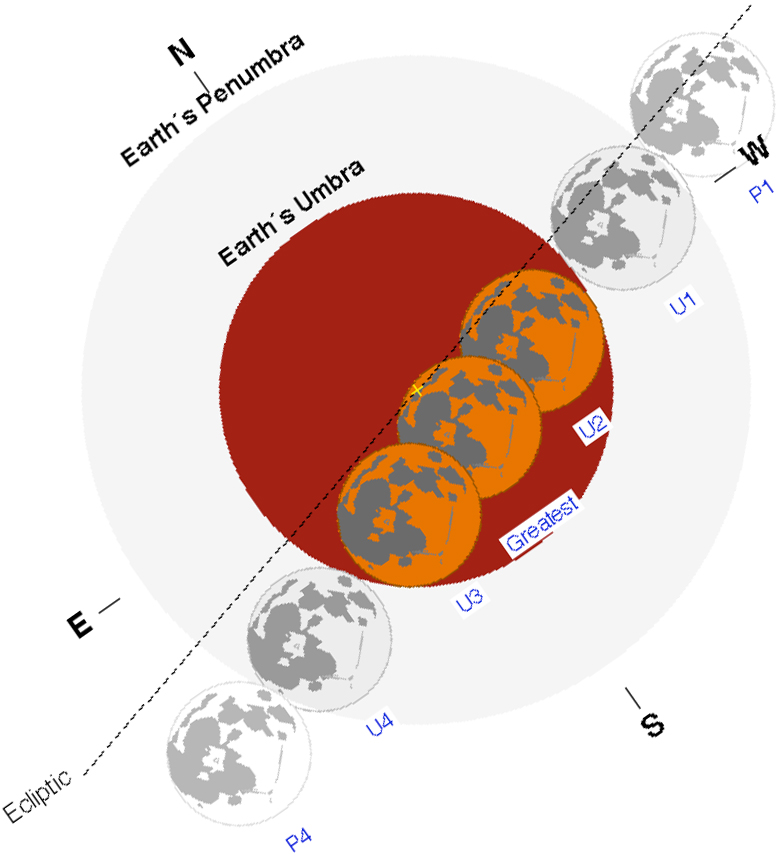 Adapted from a diagram by NASA.  Note that, although the moon's orbital motion causes it to move to the lower left (east) relative to Earth's shadow, it (and the shadow) are moving to the upper right due to Earth's rotation.  Thus, for observers in Idaho, the moon moves higher in the sky relative to the local horizon throughout the eclipse.

Eclipse timeline (all times listed are in Mountain Daylight Time (GMT-6 hrs.), and rise/twilight times are given for Twin Falls, Idaho, USA):